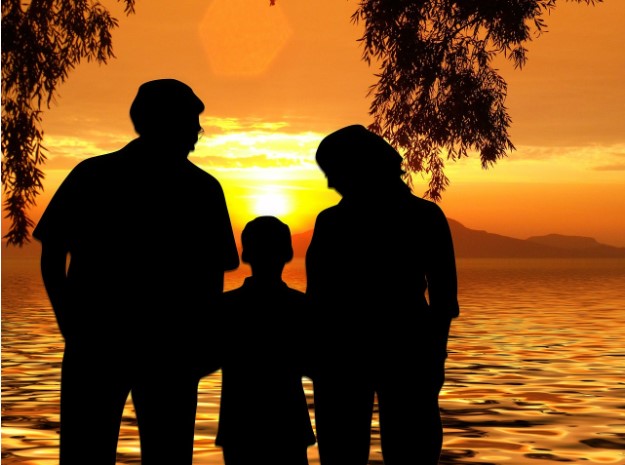 Oftentimes, parents find that the final order of custody did not work as well as intended. Whether the order of custody is no longer in the child’s best interest, or one of the parents is unable to fulfill their duties, it’s natural to consider if child custody can be reopened.

If you are considering making a change in your child custody case, it is recommended that you consult with an experienced child custody lawyer before doing so. Learn more about modifying child custody below.

What is a Modification of Child Custody?

Modifying child custody entails having specific parameters of the original child custody order (including visitation) changed via court order. Parents can mutually request a modification, or one parent can request it. If a family court hears a motion for modification, it will make a decision based on three factors:

If a modification is disputed by one parent, the judge may order a custody evaluation. During the evaluation and subsequent hearing, how each parent presents their argument will have a significant impact on the outcome of a child custody modification case.

What Criteria Will The Court Use To Make a Decision?

As previously mentioned, the court will base its decision on whether or not to grant a modification of child custody on the child’s best interest and if there has been a substantial change in circumstance, but what does that mean? Learn more below.

What is a Substantial Change in Circumstance?

Though any one of these circumstances on its own may not warrant a modification, if they are serious enough and/or there are multiple substantiated reasons to change a child custody order, a judge may grant the request.

How is Your Child’s Best Interest Determined?

There are no specific guidelines that determine what is in a child’s best interest. Determinations are made on a case-by-case basis. A judge will take into account any substantial changes, the requests of the parents, and the needs of the child.

What Steps Do I Have to Take to Modify My Custody Agreement?

Modifying child custody is typically not a quick affair. Depending on if the parents agree with the modification or not, it could take weeks or months for a judge to make a decision. If the parents mutually agree on a modification, they may skip many steps and head directly to a hearing where a judge can either approve or disapprove of the requested changes.

However, if the modifications are disputed, the requesting parent must draft and file a petition of modification, pay court fees, have the petition served to the other parent, and attend a hearing. Learn more about each step below.

Before you have a hearing to determine if a judge will grant your modification request, you must draft a motion for modification of custody. If you are capable of doing so yourself, it is advised that you have a child custody lawyer to review it before it is filed.

2. File Your Documents and Pay Fees

Once your petition has been finalized, you are required to file it with the court’s clerk's office. Typically when you file your documents, you must pay filing fees. At this time, the clerk will usually give you a date for your hearing.

3. Have the Petition Served

After you have filed the petition, you must have it served to the other parent. In most states, you cannot serve the documents yourself. You must use a third-party process server to serve the paperwork at least two to three weeks prior to the hearing date.

In some cases, a judge will order mediation before the hearing. If an agreement can’t be reached via mediation, then you must argue your case at a hearing. A family court will need convincing evidence to modify an existing order.

Each of the aforementioned steps are general. Every state has their own procedure that may be slightly different than other states. Before you file a request to modify child custody, you should consult with a reputable child custody lawyer to discuss the steps that your state requires.

Can All Types of Child Custody Orders Be Modified?

It is important to note that most judges will require that parents wait for one to two years before a modification is made. This is to safeguard the stability in a child’s life. There are exceptions to this rule though, especially if the child is in imminent danger.

How is a Child Custody Appeal Different Than a Modification?

A child custody appeal is vastly different than a modification. Appealing a child custody decision is not easy. Essentially, appeals must be based on the assertion that the courts made some type of legal error in procedure.

While appealing a child custody case is possible, it is usually more beneficial to simply modify a child custody order. However, if you believe that the courts did not follow the correct procedures, weight appropriate evidence, and/or apply the law correctly, it is in your best interest to consult with a proven child custody lawyer as soon as possible.

Does My Ex Have to Give Me Permission to Reopen my Child Custody Case?

No, your ex does not have to agree to modify a child custody decision or appeal it. However, if there is mutual agreement between both parties, it can make the process less stressful, costly, and drawn out.

Furthermore, a mutual agreement can be beneficial for your child. It can also help to build a stronger relationship between you and the other parent that will be helpful in the event of future disagreements about child custody and other issues.

While a child custody lawyer cannot guarantee that a judge will approve your request for modification, working with an experienced attorney can certainly increase the odds of approval.

How Much Does a Child Custody Lawyer Charge?

As you likely know, child custody lawyers are far from cheap. In fact, the average family lawyer charges $3k - $5k initially, and then charges an additional $300 - $500 per hour on top of that. Needless to say, most people cannot afford these rates.

They charge so much because they take care of every aspect of your case when you hire them. This can include filing motions, drafting modification requests, serving documentation to the other parent, attending hearings, negotiating with your ex, etc.

Fortunately, there are plenty of ways to cut down on legal fees. Learn more below.

Are There Ways to Cut Down on Legal Fees?

There are a few ways that you can cut down on legal fees when attempting to modify a child custody agreement. The most influential method is to build a strong relationship with your ex. This does not mean that you have to like each other, but it does mean that you are able to negotiate and come to a conclusion on your own before you go to court.

Coming to a mutual agreement means that you will likely have to pay far less in legal fees and your case will be resolved much sooner.

Another method of saving money is to take care of a few things on your own and only pay an attorney to handle specific needs. This is called “unbundled legal services.”

How Unbundled Legal Services Can Save You Money

The cost of hiring an unbundled attorney can be as low as $500 -  $1500. If your case is more complex and requires more involvement, our network of small law firms and independent attorneys are also able to offer full-service legal representation at a fraction of the cost of typical law firms.

Before you spend thousands of dollars in upfront costs working with a traditional lawyer, contact us to learn if unbundled legal services are a good fit for your case.