Can Child Custody Be Settled Out of Court? 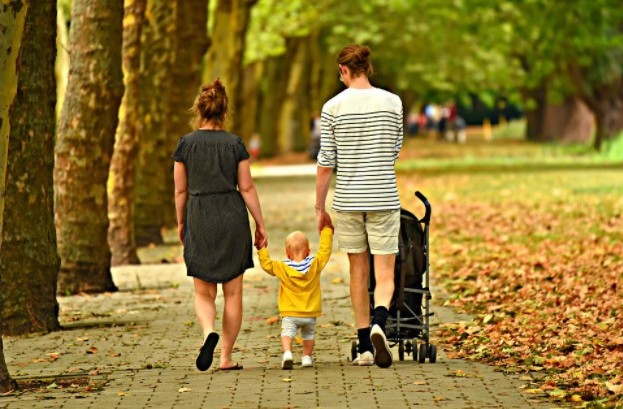 Taking a child custody case to court can be a daunting task. At the end of the day, major decisions that impact you and your child will be decided by one judge who spends mere hours deciding the fate of your family. With this in mind, it’s natural to wonder if child custody can be settled out of court.

Yes, child custody can be settled out of court. However, if the agreement between you and your ex regarding child custody is not finalized by a judge, it can eventually lead to an uncomfortable and unfair situation for all parties involved. Furthermore, it cannot be enforced by the law if there are disagreements. Learn more below about settling child custody out of court.

We can connect you today with a local child custody lawyer from our network to discuss your situation.

How Can I Settle Child Custody Out of Court?

To legalize a child custody agreement, you must go to court for the agreement to be approved by a judge. While it is not recommended to completely bypass the legal process, coming to a mutual agreement before going to court can save you time, money, and unnecessary stress.

The most common methods of coming to an agreement out of court include informal negotiations, alternative dispute resolution, and child custody mediation. Learn more about each below.

Parents that have the ability to maintain an amicable relationship after they divorce or separate are typically the best candidates to engage in informal negotiations. In this case, they negotiate together as well as draft a child custody agreement.

Important decisions such as physical custody, visitation rights, holidays, medical care, etc. will all have to be decided. This option is usually not effective if the relationship is not strong enough to sustain disagreements and/or your visions for what is best for the child are too far apart.

Most child custody cases do not end in a fiery court scene. They are actually settled through voluntary or court-ordered mediation. Child custody mediation involves the parents meeting with a mediator to help them to resolve disputes they have regarding child custody and visitation rights. Mediation can often save both parents from expensive legal fees and lengthy court battles.

Mediation of child custody allows you and your ex to reach conclusions about your child’s best interest in a non-adversarial manner. A mediator does not have any authority or the ability to enforce an agreement. Their role is to help both parents to reach an agreement together. However, some courts may rely on the recommendation of a mediator.

In many child custody cases, states require both parents to attend child custody mediation before it goes to court. Mediation provides you as well as your ex with a bevy of benefits to include:

What is Collaborative Family Law And How Can it Help?

If informal child custody negotiations and/or mediation are not viable options, some parents decide to incorporate collaborative family law. This process helps to limit costs incurred from your child custody lawyer and can potentially decrease the likelihood of volatile negotiations.

Collaborative law focuses on coming to a settlement before the case turns into a drawn-out and contentious court battle. During this process, each parent retains a child custody lawyer and allows their legal representation to negotiate amongst themselves to find a resolution for all disputed issues.

The collaborative law process differs from informal negotiations and ADR in that parents are not physically present during negotiations and there are no neutral third parties on hand. Many families choose this process to limit the amount of stress placed on their families as well as relationships.

Benefits Vs. Risks of Settling Child Custody Out Court

Coming to an agreement with your ex about all matters of child custody before the case goes to trial can be beneficial on many fronts. Some of the more noteworthy benefits include decreased legal fees, better communication between parents, less stress, and a parenting plan that is in your child’s best interest as well as beneficial to both parents.

While it may be tempting to simply stop the process after you have mutually agreed to settle child custody out of court, it is not in your best interest to do so. Neglecting to have your child custody agreement and parenting plan approved by a judge can have negative implications in the future such as:

Whether or not you decide to settle child custody out of court, developing a strong parenting plan will be essential. Doing so without the help of a child custody lawyer is possible, but not recommended. When negotiating child custody, parents must consider many factors such as the type of custody, living arrangements, visitation rights, communication methods, etc.

The agreements reached will be included in a parenting plan that outlines each parent’s responsibilities and duties. Some parenting plans are brief and others are more complex; each case is different. The goal of a custody agreement is to reflect the best interest of the children. Learn more about the most important considerations below.

The first step in developing a custody agreement is deciding what type of custody best fits the child. In some cases, parents may decide to award full custody to one partner. In other instances, it may be in the child’s best interest for the parents to share custody. Though it can be difficult to create a plan that works for all parties involved, it is usually possible.

Deciding where the children live can be just as cumbersome as deciding on custody. Children often prefer the ability to transition freely between each parent’s home. However, this is not always possible.

Your decision will typically be based on how close the parents live to each other, how well they get along, and any other impactful circumstances. It is important to remember that flexibility is important.

Developing a strong and consistent visitation schedule is especially important if the parents do not live close to each other. Visitation can include weekend visits, summer vacation schedules, holidays, etc. Furthermore, parenting plans should clearly address when and where the children will be exchanged, as well as what to do in the event of emergency medical situations.

A strong education is essential. Forcing your children to change schools in the middle of the year can be disruptive to their education and a hindrance. Your custodial agreement should include provisions for who helps the child with homework, studying, and what to do in the event that they change residences.

Vacation and travel are typically thought of as fun times. However, it can be confusing and stressful if each parent has not pre-determined the amount of time they wish to spend on vacation with their children and what restrictions to implement.

How Can I Make an Out of Court CustodyAgreement Legal?

While you can certainly settle child custody disputes out of court through informal negotiations, alternative dispute resolution, and/or child custody mediation, it is not legally enforceable or recognized unless it is approved by a judge.

There are no alternative methods of legalizing an out of court custody agreement. If you decide to make an agreement with your ex in “good faith” without involving the courts at all, it can be harmful to you as well as your children.

Should I Still Hire a Child Custody Lawyer?

In theory, you do not need a child custody lawyer to settle child custody out of court. Though if you decide to move forward in negotiations with your ex without legal representation, you could be at a disadvantage.

Child custody lawyers help to assert your best interest during the negotiation process. They can also help to ensure that the language within your agreement is flexible enough to allow for potential changes in your child’s needs or your own.

Though your first inclination may be to trust your ex to not hire an attorney, you can never be sure. Thus, if they are relying on the advice of their child custody lawyer (unbeknownst to you), you could find yourself in a situation that is not beneficial for you or your child in the long run.

How Much Will It Cost to Settle Child Custody Out of Court?

It’s no secret that lawyers can be expensive. Most child custody lawyers charge between $3 - $5k to begin work on your case. They then charge an additional $300 - $500 per hour.

The exact cost of hiring a child custody lawyer will depend on the circumstances of your case, whether or not you can reach a settlement out of court, and how complex the disputes between you and your ex are. Most people would prefer to limit the amount of money that they pay an attorney. Fortunately, there are methods for doing so.

Are There Any Ways to Make it Less Expensive?

Yes, there are a few methods that can help to decrease your legal fees as well as save you time during child custody negotiations. The easiest way to save money is to develop and/or maintain an amicable relationship with your ex. This makes the negotiation process far less contentious and drawn-out.

Additionally, if you are able to quickly come to an agreement with your ex, you may only need to hire a lawyer to look over your child custody agreement. The alternative is paying a child lawyer to actively negotiate, file motions, attend meetings, hire expert witnesses, and attend a trial (if necessary).

In the event that you only need a child custody lawyer to handle a few aspects of your case, it’s likely not worth paying the full cost to hire legal representation. Many parents that don’t need a lawyer to handle everything, choose the option of unbundled legal services.

How Can Unbundled Legal Services Save Me Money?

Child custody lawyers are so expensive because their fees incorporate all of their skills and services. However, what if you don’t need them to handle everything? If you are comfortable negotiating with your ex about child custody out of court, then it’s likely that you will only require a lawyer for a few things.

Unbundled legal services may not be a good fit for every case. If your case requires the hands-on attention of a lawyer throughout the entire child custody process, our lawyers also offer full representation. Since we work with proven individual lawyers and smaller firms, the price can be considerably more affordable than other options available.

Who is Responsible for Handling Probate?

How Much Does It Cost To Set Up a Trust?

When Do You Need To Probate?