Changing Custody from a Mother to a Father 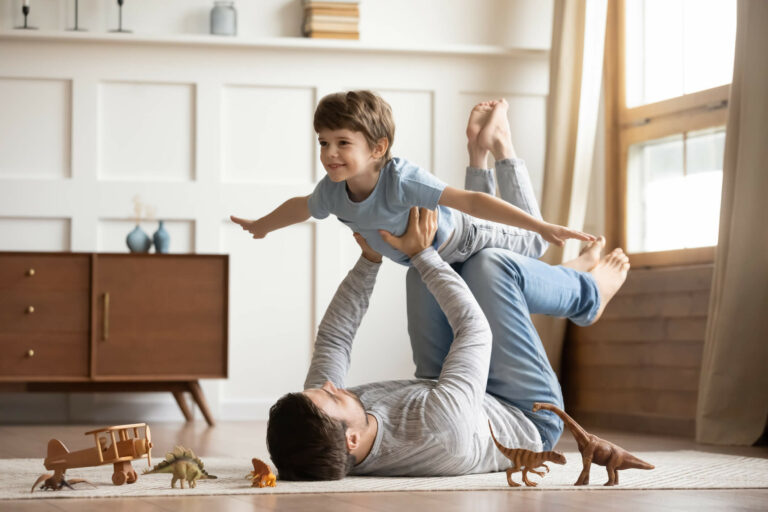 Many people believe the mother of the child has more legal rights to the child in a custody case. But this belief has no legal premise. If you are the father of the child and are seeking a change in custody, here’s what you need to know.

Custody change cases can be stressful and complicated. What can make them less so is proper preparation, strong evidence, and competent legal help. Below, we will look into some of the key aspects of initiating a custody change and give you a few ideas on how to save money on the related legal fees. We can connect you today with an unbundled child custody lawyer in your area.

What Is a Custody Order?

When two people with a child or children get divorced, they will settle on an initial custody order. The custody order will define custody arrangements between the two parents, considering both physical and legal custody.

Legal custody, on the other hand, has to do with long-term decisions related to a child’s wellbeing.

Sole physical and legal custody refers to a situation when one parent has exclusive rights to the child. Such custody orders are generally quite rare and are only applied in cases when the other parent is deemed unfit to take care of their child.

Is It Possible To Change Custody Arrangements?

Custody agreements initially set by the court can be changed.

To initiate this change, one of the parents needs to file a custody modification request. In most cases, they will do that with the help of a family law attorney.

The court will consider making a custody change in these cases:

Does a Mother Have More Custody Rights than a Father?

There is a common belief that mothers are generally favored in child custody cases compared to fathers. However, there is no legal basis for this belief: No custody law in the United States gives mothers a legal preference or any additional custody rights.

With that, there are several reasons why mothers may indeed have a higher chance of being granted custody—these are related to how a lot of families are structured. In traditional households, the mother would typically spend more time with the child or children while the father would be working. In this case, the mother is considered to be the “primary caretaker.” Primary caretaker is actually a term in family law. It refers to the parent who takes care of the child’s basic needs like feeding, bathing, clothing, etc.

Mothers may also be considered better candidates for custody of small children like babies and infants—this is based on the fact that they will be taking care of breastfeeding and nightly feedings.

With that said, there is no law containing a gender preference when it comes to awarding custody. Today, most households have two working parents, and fathers often become primary caregivers in the family. Fathers may also take care of nighttime feedings if the baby is drinking formula.

Overall, the judge will base their decision on the analysis of each case. Their main goal is to arrive at an arrangement that is in the best interests of the child/children.

When deciding on a custody arrangement, the court will take the following into consideration:

How To Change Custody from a Mother to a Father?

As we’ve mentioned above, the court will consider two key factors when making decisions regarding custody modifications. These include the best interests of the child and a substantial change in the current circumstances. Let’s look into what these changes may be.

The child is in immediate danger. This will be the most convincing factor for the court to approve changes in custody. In this case, you will need to prove that the mother is endangering the wellbeing of the child. Examples of this include physical, emotional, or sexual abuse;

placing the child in direct danger or failing to take proper action to prevent danger for the child;

substance abuse; mental health issues, and so on.

A change in the parent’s situation. If you want to initiate a custody modification case based on this premise, you will need to prove to the court that the change that has taken place will have a significant effect on the child’s wellbeing. This may include negative changes in the situation of the parent with primary custody—such as a criminal conviction, child abuse, addiction, etc.

A change in the child’s/children’s needs. As the child grows older, their needs may change, and they may require different environments. This may also serve as ground for custody changes. In this case, you will need to show the court how the child’s needs have changed and in what way changes in custody will improve their situation. This can be related to relocation, education, the parent’s financial situation and more. Additionally, if the child has developed a health or mental condition and you are better equipped to help them treat or manage it, this can be grounds for filing a custody modification request.

The mother is not following the initial custody agreement. If you have previously received a custody order (either via agreement or a court’s ruling), both parties are required to follow this order. If the mother of the child is violating the initial agreement (for instance, preventing you from exercising your visitation rights), you can file a petition with the court to make changes to the existing agreement. In this case, you will need to present evidence of custody order violations.

Making changes to a court order generally requires a court hearing. If the mother of the child doesn’t agree to the modifications you propose, you will need to collect evidence and make your case in court that changes in custody will be in the child's best interests.

If you both agree on the modifications, the judge may not order a hearing. Instead, they will make their decision on the presented written agreement and paperwork.

In both cases, you may need to use the services of a family attorney.

Legal fees for your custody change case depends on several factors. The two most important are the complexity of the related proceedings and the amount of time your lawyer will need to spend on preparing and handling your case.

Most lawyers will charge a package fee for a custody change case—this can range from $3000 to $5000 and even more. If the lawyer needs more time to prepare your case, they will also add on more billing hours, typically $300 to $500 per hour.

How To Save Money in a Custody Change Case?

While legal fees for custody cases tend to be high, there are things you can do to keep costs to a minimum.

One of the most efficient ways to cut down on legal fees is to reach an agreement with the mother of the child regarding custody changes. If you two can agree, you will only need to hire a lawyer to draft the new agreement and manage related paperwork. If you are having a hard time coming to an agreement, consider mediation—a discussion with a facilitator who may help you find common ground.

Another way to minimize legal fees is to use unbundled legal services. If you can’t afford to pay the heavy legal service package fee, you can choose to work with an unbundled lawyer, hiring them for only a specific part of your case: for example, attending a court hearing with you. As you will only need the lawyer to perform a specific task, you may be able to save thousands of dollars in legal fees.

You can also turn to Unbundled Legal Help if you need full representation. We work with smaller law firms and independent lawyers who are generally capable of offering you much friendlier legal fees—even when it comes to a full set of services. Contact us today and we will connect you with an unbundled child custody attorney in your area.

How Much Is an Estate Planning Lawyer?