How Does Child Custody Work? 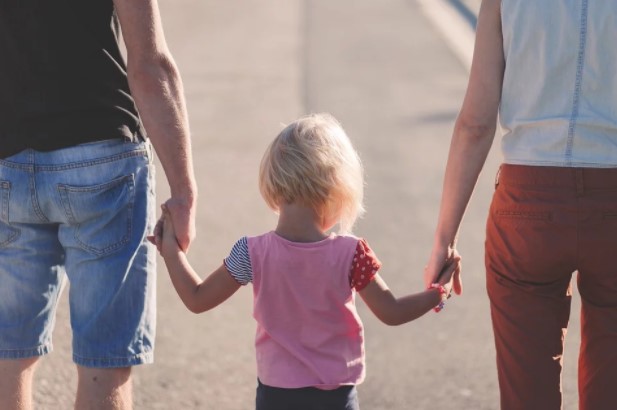 Child custody proceedings can be confusing and complex. In general, child custody refers to specific responsibilities and rights between parents for taking care of their children. They include physical guardianship, decision-making authority, and visitation rights. Though most are familiar with child custody, many are still not sure exactly how child custody works.

Every child custody case is unique. Though each will take similar steps, specific outcomes will depend on the circumstances of each case. If you are currently seeking custodial rights of your child, it may be in your best interest to work with a proven child custody lawyer to increase the likelihood of a favorable ruling. Learn more below about how child custody works.

How is Child Custody Decided?

Judges help to create a child custody plan for parents after reviewing all evidence, testimony, professional recommendations, and the needs of the child, or they simply review child custody agreements presented by parents and decide to approve or decline them.

What Are The Different Types of Custody?

Parents that are awarded physical custody have the right for their child to live with them. Courts can order sole, joint, or split physical custody depending on what is in the best interest of the child. The primary caregiver of the child typically has the advantage if they are seeking sole physical custody. However, a judge will consider many parameters before giving a final ruling.

Like physical custody, legal custody can be shared between parents or awarded to one parent. The term “legal custody” refers to a parent’s duty and right to make important decisions for their children such as education, medical treatment, religious considerations, and overall upbringing. In many states, joint legal custody is given to parents regardless of physical custody status.

However, if a parent is deemed unfit to make important decisions in a child’s life, they may not be granted any form of legal custody.

Parents awarded sole physical custody have the right for their child to live with them and only them. In many cases, the parent not awarded custody will have visitation rights. Different types of visitation can be awarded such as scheduled visitation, reasonable visitation, supervised visitation, and no visitation orders.

Joint custody can be awarded to parents that do not live together. When awarded, parents share the responsibility to make important decisions and/or have physical custody. The different types of joint custody include:

Split custody refers to multiple children being split between the parents in custody cases. For example, child A lives with parent A and child B lives with parent B. Splitting siblings can be traumatizing and is not typically recommended by family courts. However, it may be awarded if a judge believes that is in the best interest of each child.

Also referred to as “third-party custody,” non-parental physical and/or legal custody can be awarded to an adult that is not a parent of a child. Though rare, judges may decide to grant custody to a family member, neighbor, or close family friend. Judges will typically only grant custody to a non-relative if that person previously served as a de facto parent.

What Does it Mean to be a Primary Caretaker?

With regard to family law, a primary caretaker (sometimes called a primary caregiver) refers to the parent that is most responsible for the daily care and upbringing of a child. Parents that are considered primary caregivers are more likely to receive sole custody if they seek it.

The primary caregiver can also be a non-parent that is over the age of 18 and has been responsible for the child’s well-being and raising. Most judges recognize a child’s need for stability so the primary caregiver plays a major role in the outcome of child custody cases.

How Does Child Custody Work For Unmarried Parents?

Child custody cases that involve unmarried parents where paternity is established are essentially the same as child custody cases between divorcing or separating parents. However, if paternity has not been legally established, the child’s mother will typically retain sole legal and physical custody. Fathers that seek custody and/or visitation rights must do so through the court. Otherwise, they will not have any parental rights.

Can Child Custody Rulings be Changed?

In most cases, yes, child custody rulings can be changed. It should be noted that temporary orders can typically not be modified (unless there are exceptional circumstances). Parents that are not happy with the original child custody order have the right to appeal the ruling or request a child custody modification.

Since appealing a child custody ruling is substantially more complex than modifying it, parents typically opt for the latter. Learn more about each below.

Can I Appeal a Judge’s Decision?

Mounting a successful child custody appeal can be difficult, drawn-out, and expensive. Appeals can be made on the grounds of legal errors committed by the family court. Proving correct procedures were not followed, applicable laws were not taken into account, or any other type of legal mistake can be difficult without the help of an experienced child custody lawyer.

In general, the likelihood of a successful appeal is very low. It is in your best interest to have an in-depth discussion with your legal counsel before pursuing this route.

What is a Child Custody Modification?

In comparison to an appeal of child custody decisions, modifications are relatively easier. Final child custody rulings can be modified or changed at any time. However, judges typically prefer to wait at least 1 - 2 years before making modifications.

Temporary child custody rulings issued while the case is ongoing or during an investigation can’t usually be modified unless the child is in imminent danger or there have been major changes that require quick action.

Judges determine the merits of child custody modifications by considering if there has been a substantial change in circumstances and if the requested changes are in the child’s best interest. If your request to modify does not meet these two standards, it is not likely that it will be approved by a family court judge.

Do I Need to go to Court For Child Custody?

In many cases, parents in the midst of child custody battles are ordered to attend mediation before a hearing is held. During mediation, parents can negotiate their concerns and draft a parental agreement with the help of a third-party mediator.

If you and your ex initially agree on the parameters of child custody, then you can draft a parental agreement together without the help of mediation. In both scenarios, child custody agreements must be signed by each parent and approved by a judge to become legal.

Bypassing the legal process can cause resentment, confusion, and disruption between all parties involved. Furthermore, child custody agreements not approved by a judge can’t be legally enforced. This is typically not in the best interest of the child.

Should I Hire a Child Custody Lawyer?

While it’s possible, the child custody legal process can be difficult to navigate without the help of a child custody attorney. The rulings made in these cases will have a significant impact on your life as well as your child’s life. It is typically not recommended for parents to gamble with future custodial rights.

Child custody lawyers help to create and draft fair child custody agreements, negotiate with your ex, draft motions, file necessary documentation, interpret the law and apply it to your case, collect and present evidence, interview eyewitnesses and much more. While their services are effective and necessary, the cost of hiring a child custody lawyer can sometimes force people to represent themselves pro se.

How Much Can I Expect to Pay For a Child Custody Lawyer?

Many working and middle-class parents understand the benefit of hiring a child custody lawyer. However, they simply can’t afford it. Most child custody lawyers charge $3k - $5k to get started on your case. They then charge an additional $300 - $500 per hour for their services.

In general, the more complex your case is the more time your attorney will spend on it, and the higher your final bill will be. The cost of a traditional attorney can be overwhelming for parents seeking custody. In recent years, many have opted to work with an unbundled attorney to help them to save money while still having the legal representation that they need.

What is an Unbundled Attorney And How Can They Save Me Money?

The average attorney fees are so high because they handle every aspect of your case. From drafting documents to attending court hearings, they cover it all. Parents that do not require an attorney to handle everything and want to save money can benefit by using unbundled legal help.

Unbundled legal services give parents the opportunity to take care of legal tasks that they feel comfortable with and only pay an attorney to handle certain aspects of their case.

Fees for unbundled legal services can be as low as $500 - $1500. Hiring an unbundled attorney can help you to save thousands of dollars in upfront legal fees you would have otherwise had to pay.

Unbundled legal services may not be a good fit for every case. Our network of small law firms and independent unbundled attorneys also offer full-representation at an affordable cost. Before you pay exorbitant upfront legal costs, contact us today to get connected with an unbundled attorney and discuss your case.