How Long Does a Military Divorce Take? 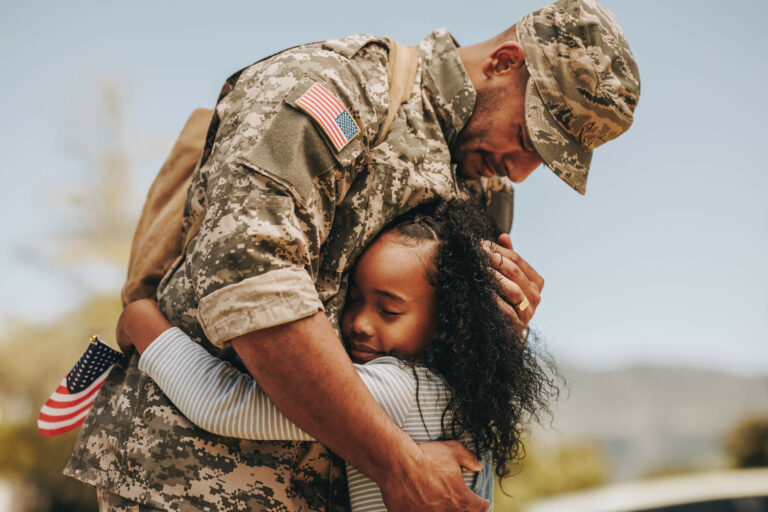 If you’re going through a military divorce, you don’t have to go through it alone. Allow an unbundled lawyer to provide legal guidance throughout the process.

How is Military Divorce Different than Civilian Divorce?

Because of these potential difficulties, the law aims to protect servicemembers, including in situations involving their marriage and divorce.

While the procedures associated with a military divorce can be different, at the end of the day, the basis for a divorce is frequently the same. Military couples can have the same issues that civilian couples can have, resulting in the need to end a marriage.

Unlike a traditional divorce, military divorce involves both state and federal law.

Federal law follows certain rules for military divorces, including how to divide military pensions. State laws can affect other matters, like custody and alimony. Particular laws at a state level depend on the state where the couple seeks their divorce.

Being a servicemember can add a level of complexity to divorce proceedings, because of certain rights afforded under federal law.

Active servicemembers have protection from court proceedings and consequences of inaction under the Servicemembers Civil Relief Act (SCRA).

Usually, when a spouse is served divorce papers, they have a certain amount of time to file their response in court. If they fail to do so, the petitioning spouse can petition the court for a default judgment.

If the respondent spouse is in the military, however, they may be unable to file a response within the allotted time. Therefore, the SCRA protects servicemembers from default judgments against them for lack of a response.

Additionally, the Act can postpone proceedings if they are initiated while the servicemember is on active duty or within 90 days of their release.

Servicemembers are given protection because in the eyes of the law it is unfair for a servicemember to be doing their duty and protecting the country while also having to deal with legal proceedings. The law does not protect servicemembers from legal proceedings altogether, but it does give them a greater opportunity to handle their legal affairs when they are ready and able.

Where to File for Military Divorce

It is particularly common for servicemembers to move around frequently, so it can be confusing to determine where to file for divorce.

The exact process and timeline for a military divorce usually depend on several factors, including the state’s divorce laws and procedures, and whether or not the respondent spouse is on active duty or deployed.

First and foremost, you must determine whether you (or your spouse) meet the residency requirements for the state in which you wish to file for divorce. If you do, you can draft and file your petition with that state court and initiate your divorce proceedings.

Depending on the state, you may need to include grounds for your divorce in your petition. Grounds are legally recognizable reasons for seeking a divorce, for example, irreconcilable differences. Some states allow for no-fault divorces. Determine what grounds, if any, your state requires and accepts.

Servicemembers can request a delay in proceedings under the SCRA. If they meet all requirements, this grants them a 90-day stay, with additional time if requested and granted.

Once respondent spouses are approved to participate in the divorce process, they can file responses with the court. When their responses are filed, the divorce can proceed like any other.

During the divorce, spouses must tackle essential issues before they can officially end the marriage. The discovery phase of divorce allows both parties to acquire important information and evidence to build their respective cases.

Depending on state law, spouses may need to go to mediation if they’re unable to agree on key matters. Mediation is a process allowing the couple to work collaboratively to come to a resolution regarding matters such as property division, alimony, and child custody.

If the spouses are unable to resolve differences together whether in or out of mediation, a trial may be necessary. During the trial, a judge will listen to both parties and their witnesses, and review evidence and documentation before making decisions.

Once the judge finalizes a decision, the court order is signed officially ending the marriage.

Critical Matters to Address During a Military Divorce

In a military divorce, spouses need to address several of the same issues that civilian couples deal with. However, there are additional details to consider when one or both spouses are servicemembers.

During a divorce, the division of property, assets, and benefits is a hot topic. Like civilian retirement benefits, military benefits and pensions can also become a subject of division.

Military spouses have rights under the Uniformed Services Former Spouses’ Protection Act (USFSPA). Under this Act and state laws, state courts may treat retirement pay as either sole or community property. There is no exact formula to divide pay, as this is usually dictated by state law.

The length of a military marriage plays a significant role in the division of benefits and pensions.

Payment of a former spouse’s share of military retirement is determined through the Defense Finance and Accounting Service (DFAS) if the couple was married for at least 10 years as long as that overlapped with 10 years of service in the military. This is referred to as the 10/10 rule.

Aside from getting pension benefits, former spouses of military servicemembers may be eligible for additional benefits, including medical and commissary privileges if the following apply:

Figuring out military pensions and benefits can be tricky. A divorce attorney skilled in handling military divorces can help ensure you’re getting what you’re owed.

Like any civilian couple, military spouses may be entitled to receive alimony. Alimony, or spousal support, is the financial support one spouse gives the other. Alimony is not guaranteed, but a spouse can ask the court to grant it. If a judge decides it’s fair and necessary, they may grant the spouse alimony for a short period or permanently. Spousal support is governed by state law.

If spouses have children, one parent may be eligible to receive child support. Like spousal support, child support is a financial payment one parent provides the other to use for the care and maintenance of their child.

While the law provides certain protections for servicemembers, it does not intervene when a servicemember must pay their former spouse alimony or child support.

Child custody is one of the most critical parts of a military divorce, especially when one or both spouses are on active duty.

Spouses may create their custody arrangements if they communicate well and agree, but if this is not possible, the judge may intervene and create a custody plan the court decides is best for the child.

Child custody can be termed sole or joint. Getting joint custody is feasible even if one parent is on active duty and gets deployed. In a situation like this, the other parent would take care of the child as long as the custodial parent is away.

Having a solid custody arrangement is always crucial, especially in military divorces.

How Long Does Military Divorce Take to Finalize?

Any divorce can take time. Certain factors contribute to the length of time it will take to finalize a divorce, including the following:

The same goes for military divorces, however, it can take a bit longer to resolve a military divorce, especially when a spouse requests delays under the SCRA. This can result in a longer divorce process.

A military divorce can take anywhere from 2 to 24 months on average, depending on the details of each case.

Get Legal Guidance From an Unbundled Lawyer

A military divorce can be challenging. Have the assistance of a qualified unbundled lawyer. That can make all the difference in your experience and the outcome.

At Unbundled Legal Help, we have a network of unbundled lawyers eager to help you. If you’re going through a military divorce, contact us today, and let us match you with an unbundled lawyer in your area.

What Assets Can a Prenup Protect?

What is a Heggstad Petition?