How to Get Child Custody

If you are in a child custody battle, you most likely have every intention of winning. Becoming the sole custodial parent requires you to present your side of the case in a manner that compels a judge to grant you custody, but how do you get started? 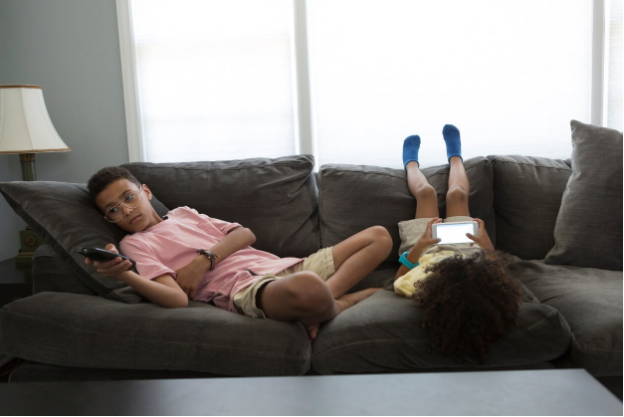 The process of getting child custody includes completing and filing the appropriate forms, attending a child custody hearing (potentially mediation as well), presenting your case, and awaiting a judge’s decision. Every case is different and child custody laws vary from state to state. In most cases, it is recommended that you hire a child custody lawyer.

Learn more about how to get child custody below.

What Is Child Custody?

Child custody is a legal term to describe child guardianship and parental rights. Most child custody disputes involve physical custody. However, there are two categories of custody that a family court awards. They include both physical and legal custody.

For child custody agreements to be legally recognized and enforceable, they must be approved by a judge.

Steps To Get Custody of Your Child

Child custody disputes arise from different circumstances such as divorce, separation, adoption, etc. Each state has slightly different child custody laws, procedures, and standards. Learn more below about the general steps necessary for you to get custody of your child.

Most parents fighting for custody of their children opt to hire a child custody lawyer because it can be difficult to gain an understanding of child custody laws, know the current process, and present a compelling case to the courts without a formal legal education.

Having an in-depth understanding of the child custody laws in your state helps you to avoid potential pitfalls in legal procedures that could lead to a delay and/or unfavorable outcome. Essentially, the more you are aware of, the better the position you will be in.

When completing the paperwork necessary to file for child custody, you should complete each page in full and follow the correct procedure for filing the paperwork. For example, some states require that parents filing for custody must have their forms notarized.

Additionally, depending on the type of child custody case, you may be required to serve the papers that you first filed with the court clerk’s office to the other parent using a process server company.

Prepare for Your Hearing

Preparation for your hearing consists of meeting with your child custody lawyer, preparing all necessary documentation, identifying eyewitnesses, and addressing the topics that are most important to you.

If you decide to represent yourself (pro se), then you will likely need to spend more time in preparation. It is important to note that many states require parents in child custody disputes to attend mediation or some other form of a non-adversarial process before a hearing is held.

Some hearings only last 15 - 20 minutes, but during that time you will need to effectively prove to a judge that having custody of your child is in their best interest. It can be especially difficult to mount a convincing case if your ex has hired a child custody lawyer and you have not.

How Is Child Custody Determined?

Final rulings in child custody cases are determined by several factors. In most cases, a judge does not make a decision based on one factor by itself. Rather, a judge will consider the totality of all documentation, testimony, professional opinions, the child’s wishes, and other types of evidence presented before making a final ruling.

When deliberating on child custody, judges are chiefly concerned with making a decision that is in the child’s best interest. Common factors that judges use to determine this include:

How Is Child Custody Different for Unmarried Couples?

If the parents of a child were never married, the mother will typically retain sole legal and physical custody of the child until the court orders otherwise. Unmarried fathers that have not legally established paternity (recognition of parentage form, court order, etc.) do not have legal rights to custody or visitation.

Historically, mothers are given preference in child custody cases. However, things have changed in recent years and courts now trend towards making custodial decisions that are solely in the best interest of the child regardless of which parent it is.

With this in mind, it has become increasingly important for mothers to hire a child custody lawyer to help in their child custody battle. Neglecting to do so could leave mothers vulnerable to undesirable outcomes in child custody cases.

Times have changed, fathers are now just as likely to obtain custody as mothers are, if they can present a strong case. However, it can still be difficult for a father (especially an unmarried father) to obtain custody. In many states, if custody has not been legally established (between unmarried couples) the mother is presumed to have sole physical and legal custody until otherwise noted by the courts.

How Does a Judge Decide Who Gets Custody?

If you and your partner agree on a child custody plan before going to court, a judge will likely approve it (as long as it’s within the child’s best interest). However, if there is a dispute regarding custodial or visitation rights, a judge will consider the evidence presented, review the documentation presented, and potentially order an investigation by a social worker (which could take months to conclude). Then finally the judge will deliberate.

Essentially, it is presumed that a judge will decide in favor of the parent that presents the most compelling argument for obtaining custody because it is in the child’s best interest. Working with a  child custody lawyer can substantially increase your odds of a favorable decision, but that does not guarantee it.

Can Child Custody Decisions Be Reversed?

Technically no, child custody decisions cannot be reversed. However, rulings in child custody cases can be appealed or modified. Before deciding to appeal the child custody ruling, you should have a conversation with your child custody lawyer about the potential perils of doing so. Appeals are only allowed when legal errors are alleged to be committed by the courts. This can be difficult to prove, costly, and often is a drawn-out process.

Most parents opt to seek a modification of child custody instead of appealing. Changing child custody orders requires a substantial change in circumstances and proof that the change is in the child’s best interest. Though child custody orders can be requested anytime after a final ruling has been made, most judges prefer to wait for 1 - 2 years before they consider modifications (unless it is an emergency).

My Ex and I Agree on Custody - Do We Still Need To Go to Court?

Agreeing with your ex on the important issues concerning child custody can help reduce stress, legal fees, and the time spent in court. However, agreements made outside of court that are not approved by a judge are not legally enforceable and hold no weight with the family court.

Those agreements that have not been approved by a judge can lead to confusion, lack of accountability, and one parent being taken advantage of. The approval process for an already agreed-upon custody plan is typically quicker and easier than in an adversarial custody battle.

Do I Need To Hire a Child Custody Attorney?

You have every right to defend yourself in child custody cases, but it is not usually recommended. An experienced child custody lawyer will help you to effectively present your case to a judge while increasing your odds of a favorable decision.

If your ex has hired an attorney without telling you, that may leave you at a disadvantage if you choose to proceed without legal representation. Furthermore, attorneys can help to ensure that you correctly fill out paperwork, and avoid unnecessary delays. They advise you on options that are in your child’s best interest, negotiate with your ex’s legal representation, file motions, and attend hearings for you.

Child Custody Lawyers Cost A Lot - How Can I Save Money?

Child custody lawyers can be expensive for the average working family. Most family lawyers charge between $3k - $5k upfront and an additional $300 - $500 per hour on top of that. Fortunately, there are a few things that you can do to potentially lower the cost of a child custody lawyer. Some of the most common ways to save money include:

How Unbundled Legal Services Can Help With Child Custody

One of the most effective methods of saving money while still having the benefit of a child custody lawyer is to hire an unbundled attorney.

Unbundled legal services are for people who are comfortable handling a few aspects of their case and only wish to hire a child custody lawyer to handle a limited number of tasks.

If your case is more complex and requires full representation, our network of small law firms and independent attorneys offers affordable and flexible pricing. Contact an unbundled lawyer today for a free consultation.