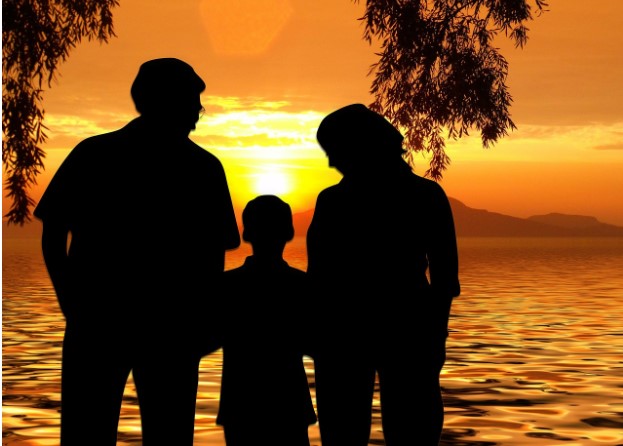 If you are in the middle of a contentious child custody battle or you’re on the verge of a divorce, it’s natural to wonder, “What are the types of child custody?” With so many legal terms for the various kinds of custody, you’re not alone in your confusion.

There are two types of child custody; physical custody and legal custody. Additionally, there are even more child custody categories, such as sole custody, joint custody, third-party custody, and birds nest custody. It’s essential to understand the differences and similarities before going to court or drafting a parenting plan.

If you are unsure of the best child custody arrangement for you and your children, let us put you in contact today with an experienced family law lawyer in your area.

Learn more about the different types of child custody below.

The two kinds of child custody are physical and legal. Legal custody refers to who is in charge of making important decisions for the child. On the other hand, physical custody determines who the child lives with. Sometimes, one parent is awarded sole physical custody but must share legal custody.  Learn more about the specifics of each below.

The fight for physical custody is often the most contentious. It determines who the child spends the majority of their time. When a parent is granted sole physical custody, they are given the right to have their child live with them full-time. In this case, the other parent can be awarded limited visitation and custodial rights.

Legal custody refers to a parent or guardians legal authority to make key decisions that impact their child’s life concerning:

As you can see, these are important considerations. Judges are typically reluctant to give sole physical and legal custody due to the potential consequences of one parent making all of the critical decisions for their child without their ex’s input.

There are different categories of child custody that every parent and potential guardian should be aware of. Most people are familiar with sole custody and joint custody. There are also a few less common categories like third-party custody and bird’s nest custody. Learn more about each below.

As the term suggests, sole custody refers to one parent having sole physical custody and/or legal custody of their children. In most cases, judges are reluctant to award sole legal or physical custody unless one parent is unfit due to financial limitations, substance abuse issues, or a history of physical abuse.

Judges may also award sole custody if one parent is in a relationship with or living with a partner deemed unfit. If you live far away from your ex, sole custody (physical, legal, or both) may be the best option for all parties involved.

If you are in the midst of a child custody battle, seeking sole custody to hurt your ex is never a good idea. Using your child as a bargaining chip in a divorce will likely hurt your case.

Regardless of the state you live in, most family courts prefer to award joint custody. Joint custody entails legally sharing custody of the children. Judges can grant joint physical and legal custody.

Even if one parent is awarded sole physical custody, it’s common for family courts to award joint legal custody so long as both parents are fit to make important decisions for their children. Since everyone’s situation is different, parents can develop a unique joint custody arrangement in the parenting plan to fit the needs of their child and their particular circumstances.

Some joint custody arrangements consist of rotating monthly or weekly custodial agreements where the child moves back and forth between homes. Other times, parents may decide that the children should live with one parent during the week and the other on the weekend. Regardless of the proposed plan, it must be approved by a judge.

Birds Nest is a type of custody that allows the children to remain in one home while the parents alternate moving in and out. This kind of arrangement is not feasible for most parents. However, in some instances, it may be the best option.

For the most part, judges don’t order birds nest custody. The parents must request it. However, parents must prove to a judge that this form of custody is in the child’s best interest.

Third-party custody is an arrangement wherein a non-parental custodian is awarded custody of children. Third-party custodians are often grandparents, close family members, or friends. This form of custody can be awarded when the biological parents don’t want custody, are unfit parents or are incapable of parenting.

What is the Most Common Child Custody Arrangement?

Generally, the most common custody arrangement consists of one parent having sole physical custody, while both parents share legal custody, and the noncustodial parent is granted visitation rights. However, in many cases, family courts prefer joint custody where it’s possible.

The custody arrangement developed between you and your ex depends on how well you can negotiate with each other and your child custody case’s unique circumstances. It’s essential to keep in mind that judges will only approve parenting plans developed with the child’s best interest in mind.

What Are The Different Types of Visitation?

In child custody cases where one parent is granted sole custody, and the other is granted visitation rights, there are a few types of visitations awarded. The two most common visitation arrangements are:

How to Obtain Custody of a Child

If you are in the midst of a child custody battle, it’s usually in your best interest to connect with a proven family law lawyer. Hiring a lawyer won’t guarantee you will win your case. However, it will increase the likelihood of a favorable outcome.

After you file your paperwork, you will eventually attend a child custody hearing where you and your ex will have a chance to present your case for who the child should live with. It can take several court appearances and many other steps before a final decision is rendered, so be patient.

How Does Custody Work When Parents Are Unmarried?

If you are a father of a child and have not yet been legally recognized as a parent, it’s in your best interest to go through the appropriate channels to establish paternity and gain your rights. It can help to consult with a child custody lawyer in your area to learn more about what you need to do.

How Does a Judge Decide Who Gets Custody?

When it comes to child custody, a family court judge prioritizes the child’s best interest over everything else. This means that a parent’s career, desires, and other priorities come second. The child custody laws in every state focus on the needs of the child. Generally, custody is awarded to the parent who can consistently meet their child’s needs the most.

When determining the best interest of the child, a judge takes into account a few criteria. The most pressing issues a judge considers include the following:

If you and your ex don’t want to leave custodial decisions to a judge, it’s best to negotiate together and develop a parenting plan that’s in the best interest of your child. Otherwise, the family court will decide for you, which may not suit the needs of you or your ex.

Should I Hire a Lawyer to Help Me Get Custody?

You can seek child custody on your own without the help of a lawyer. However, this isn’t typically advisable. Even if you and your ex get along and are comfortable negotiating together, it’s usually best to at least consult with an attorney to ensure the plan is fair to you and your child.

If your child custody case is highly-contentious, then it’s recommended that you work with a family law lawyer to help you to negotiate, prepare paperwork, present your case in court, and advise you of your options.

Since most lawyers offer a free initial consultation, it can help to take advantage of it and then decide if you need legal representation.

Family law lawyers are not cheap. Depending on your case, it can cost thousands of dollars to hire a reputable child custody lawyer in your area.

You can save thousands of dollars in legal fees by hiring an unbundled lawyer to take care of the intricate parts of your case while you handle the rest. Fees for unbundled lawyers start as low as $500-$1500.

It’s important to note that every case isn’t a good fit to be unbundled. If your case is more complex, our lawyers also offer full representation at affordable rates.

Before you spend thousands of dollars on a family law lawyer, let us connect you with an unbundled lawyer in your area, and learn if your case is a good fit to be unbundled today.

How Much Does a Parole Lawyer Cost?

Chapter 7 Bankruptcy – What it is and How it Works?

How Much Does a Mother’s Rights Lawyer Cost?