What Are the Reasons for an Annulment? 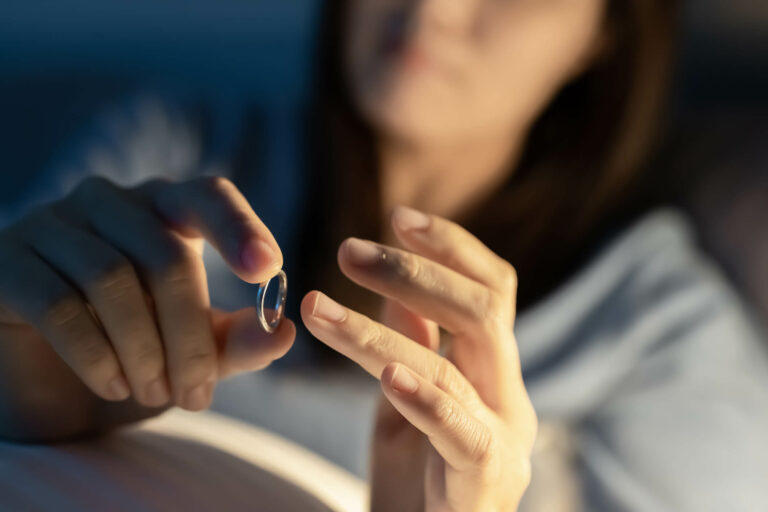 When couples are interested in ending their marriage, the usual path to take is divorce. However, in certain circumstances, an annulment may be an available choice.

There are many reasons to seek an annulment, including bigamy, fraud, forced consent, and mental incapacity.

The annulment process varies from divorce, therefore, seeking guidance could benefit you greatly. If you’re wondering whether your marriage is eligible for annulment, an unbundled lawyer can help. We can connect you with a local unbundled attorney today.

What Is an Annulment?

An annulment is an order declaring a marriage void, treating the marriage as though it never happened.

Not every marriage is eligible for annulment. To pursue an annulment, your marriage will need to meet certain requirements.

Annulments can be both legal and religious.

To obtain a civil annulment, either spouse must file a petition, or legal request, with the Court and state the reasons for the annulment. A civil annulment is granted by a judge, terminating the marriage.

When the judge grants an annulment, it’s as if the marriage never existed.

A religious annulment is not part of the court system. Instead, it is obtained through the church or institution the couple belongs to and got married in.

In the Catholic faith, for example, a marriage annulment in the church is essentially a statement by the church tribunal that a marriage considered to be valid according to Church law lacks at least one of the requisites required for a binding union.

If you wish to get a legal annulment, a family law attorney can help you. You do not need a lawyer for a religious annulment, as they have nothing to do with the law.

There are a myriad of reasons ‌a spouse could request an annulment. The most common reasons for annulments are as follows.

Fraud and misrepresentation are common reasons to seek an annulment.

Fraud in marriage entails an act of deception intentionally committed by a person to influence another person to enter into the marriage.

Misrepresentation in marriage results when a misstatement is made to persuade the other party to get married.

Lack of consummation refers to the act of sexual intercourse after marriage between a husband and a wife. A court may grant an annulment if one spouse is physically unable to have sex and did not disclose this to their spouse before they married.

Incest is the crime of having sexual intercourse with a close blood relative, including parents, children, siblings, cousins, and so on.

The way incest is handled depends on the state and its laws.

In eighteen states, including Texas, cohabitation between cousins is considered incest. However, in states like Rhode Island and New Jersey, incest between consenting adults is not a criminal offense, but marriage is prohibited.

Forced consent is commonly cited as a reason to request an annulment.

Force occurs when you make someone do something against their will, thus creating a situation where coercion or intimidation was used to make a person do something they otherwise might not have been engaged in.

With forced consent, the spouse enters the marriage under duress.

A person unable to make sound decisions is mentally incompetent. Mental incompetence can result from mental illness or temporary incapacitation because of drugs or alcohol.

You can also obtain an annulment because one party in the marriage was too young.

In most states, the legal age to marry is 18, but with parental consent, many states allow marriages at the age of 16.

Misrepresentation of age is a common reason for annulment.

A judge may annul a marriage if one of the parties concealed information that would have caused the other person to have second thoughts about getting married.

Examples of concealed information that often affect a marriage include:

This type of information could easily cause a spouse to reconsider marriage. When a spouse later finds out pertinent information affecting their relationship or marriage, they could have grounds to seek an annulment.

Does Every State Allow Annulments?

Every state allows annulments, except for Rhode Island where there is no statutory provision for annulment. Marriages may, however, be invalidated by the Court under certain circumstances.

In Washington State, there is no annulment action. You can file a petition called a “Declaration of Invalidity.” If the court declares the marriage invalid, it is deemed void from the start and treated as if it never legally existed, similar to an annulment.

Different states allow annulments for different reasons. For example, in states like Mississippi and New Jersey, they would consider impotency grounds for annulment. However, most other states do not consider this a valid reason. Likewise, the time in which to file the Petition for Annulment varies from jurisdiction to jurisdiction.

Is There a Time Restriction To Seek an Annulment?

Generally, you can have a marriage annulled at any time. Nonetheless, certain states have certain time limits, depending on the reason for the annulment.

Usually, the sooner you seek an annulment, the better. A family law attorney in your area can provide better guidance regarding time limitations for annulments.

Is an Annulment the Same as a Divorce?

While many believe divorces and annulments are generally the same, there are certain differences.

A divorce formally ends a marriage. An annulment means that a valid marriage never existed to begin with.

When parties divorce, there are customarily many issues to tackle, including property distribution, spousal support, and child custody. The results of these matters usually take into account the length of the marriage, spouses’ financial situations, and whether there were children born of the marriage.

Once an annulment is granted, there are no further legal matters to handle. Both spouses can walk away as if they never got married in the first place.

Advantages of an Annulment over a Divorce

Individuals pursue annulments over divorce for many reasons.

In an annulment, the premise is that the marriage is invalid and therefore never existed. There are also much fewer issues to deal with, so an annulment can take no time at all, as opposed to a divorce that often requires months, if not years.

If the couple seeking an annulment acquires property during the now annulled marriage, the court rarely addresses property division.

Additionally, annulments do not require couples to wait any prescribed amount of time before they can annul their marriage.

Divorce commonly takes much longer to achieve. Depending on your state, there may be residency requirements and waiting periods, and contentious divorces require more time to resolve.

If the spouses seeking an annulment had a prenuptial agreement, the agreement is invalidated, and thus the parties are released from the terms.

Do I Need a Lawyer for an Annulment?

An annulment is a court decree that determines a marriage is null and void from inception. This can be a more complex process. For this reason, courts usually prefer terminating marriages by divorce and dealing with the typical marriage-related issues.

It can be challenging to handle your case on your own, as you’re likely unfamiliar with the laws and procedures to achieve an annulment. Because this is a unique type of proceeding, it is highly beneficial to have a knowledgeable family law attorney handle your annulment.

An Unbundled Lawyer Can Help with Your Annulment

While a family law attorney is best suited to handle your annulment, they can be costly. A traditional lawyer regularly charges a retainer fee, and once they’ve used up these funds, requires an hourly fee to complete your case.

An unbundled lawyer is like a regular family law attorney, but they work on a “pay as you go” basis. You can handle certain aspects of your case and rely on your unbundled lawyer to take on the most important parts.

Whether you need limited guidance or more extensive representation, count on an unbundled lawyer.

Unbundled Legal Help has an impressive network of unbundled lawyers ready to assist you. We’ll get to know you and your needs in order to match you with the best unbundled family lawyer in your area.

When you’re ready to proceed with your annulment, contact Unbundled Legal Help to connect you with a local unbundled lawyer.

Can You Divorce without a Lawyer?

Does a Prenup Cover Future Inheritance?

How Long Does it Take to Get a Divorce?