What Rights Do Fathers Have To See Their Children? 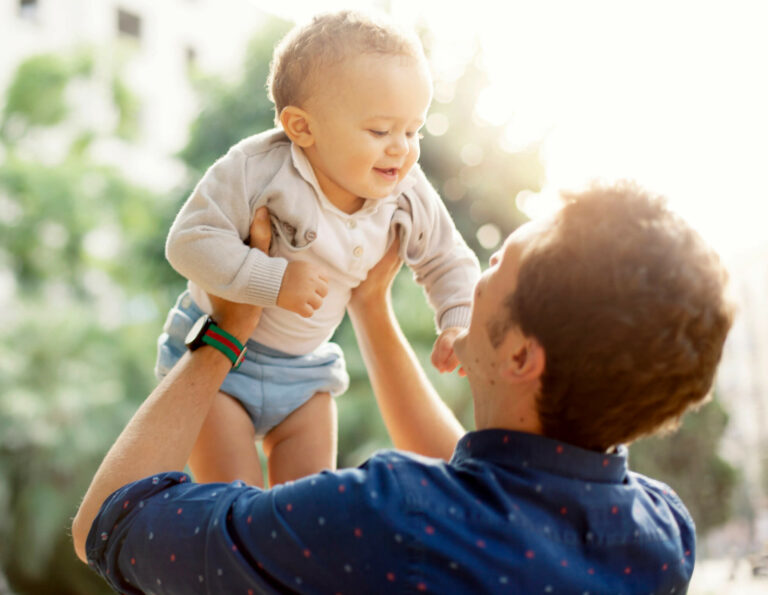 Fathers, like mothers, have legal rights to see and care for their children. Paternity establishes an inherent right for fathers to see their children. However, if parents are unmarried when their child is born, a father may have to go through the court system to guarantee he has custody or visitation rights allowed under state law.

Married parents who subsequently divorce will address child custody, visitation, and support matters as part of the divorce proceeding. Whether you are a married father, adoptive father, divorced father, or have never been married, you have rights granted by state law. While state laws differ, the general rules remain the same: fathers have visitation and custody rights. If you have been denied the right to see your child, it may be time to speak with a child custody and visitation attorney. We can connect you today with a local child custody lawyer.

One parent is typically awarded primary physical custody in a child custody matter, and the other parent is awarded visitation rights. In most cases, fathers fight for visitation rights and do not have primary physical custody of their children. Visitation allows fathers the opportunity to spend time under a court-approved parenting plan. When paternity is at issue, child custody and visitation can become more complicated, requiring a trip to the courtroom.

Married fathers who have gotten a divorce, are in the midst of a divorce, or anticipate a divorce in the future may face issues concerning visitation and the inability to see their children as often as before. However, a married father does not need to prove paternity in most cases, especially when the father’s name appears on the child’s birth certificate. As such, visitation rights are granted based on other factors, some of which include, but are not limited to, the following:

Fathers’ rights to see their children come down to proving paternity, which can be accomplished in many ways, some of which include, but are not limited to, the following:

When a mother contests paternity or is uncooperative, a father must obtain a court order establishing paternity. In addition, a court may order a DNA test, among other evidence proving a biological link between the father and child.

What Rights Does Paternity Grant?

Once a father establishes paternity, he possesses certain rights under the law. Paternity grants a father’s ability to gain custody and/or visitation rights. Depending on the facts of a given situation, the process of obtaining rights as a parent could be simple or extremely difficult.

Any time a mother contests paternity or refuses to allow the biological father to see the child, a court order is necessary to outline both parents’ rights to physical custody, legal custody, and visitation. Because state laws differ, it’s important to work with a local family law and custody  when a father is seeking rights to see their children.

Physical custody is exactly as the term suggests. A father may be granted sole or joint physical custody of his child. Whether the child primarily lives with the mother or father is determined by consent of the parents and memorialized in a court-ordered parenting plan. Because custody matters are often contentious, seeking the advice of a custody lawyer is a critical step to understanding what is necessary to establish and/or maintain custody rights.

Courts Must Decide in a Child’s Best Interests

The goal with any custody matter is to ensure a child is safe, healthy, and loved. If parents divorce, and one parent keeps the primary home the child lives in, a court may determine that the child is best suited to continue living in the same home. Doing so limits disruption to a child’s daily life. Changes in family dynamics can have a negative impact on a child’s well-being. As such, courts make decisions based on what will interfere least with a child’s existing circumstances.

Legal services associated with domestic and family law matters can quickly become expensive. Many family law attorneys have high hourly rates, which could leave you paying hundreds or thousands of dollars for work you might be able to handle yourself. Unbundled Legal Help is a more affordable way for clients like you to receive the legal representation you need at a realistic price.

With as little as $500-$1,500 to start, you can avoid unnecessary costs by using Unbundled’s a la carte approach to legal services. For example, with a child visitation, paternity, or custody matter, you may feel comfortable completing and filing forms with the court. However, you may need the assistance of a family law attorney to advocate on your behalf in the courtroom.

Unbundled Legal Help gives clients more control over what their money is used for. Hiring a family law attorney to handle an entire legal matter opens the door to countless expenses and fees that may be avoided by choosing a different “pick and choose” approach to legal representation.

At Unbundled Legal Help, we want you to be well-informed and know what options you have for addressing your child visitation or custody matter. You have nothing to lose by discussing your situation with one of our representatives. We can connect you today with a local child custody lawyer. To find out whether Unbundled is right for you, contact us today for your free consultation.

The Ultimate Guide to Child Custody

What is an Uncontested Divorce?

What Happens When You Get a DUI in Pennsylvania?