How Can I Prove My Child’s Father is Unfit? 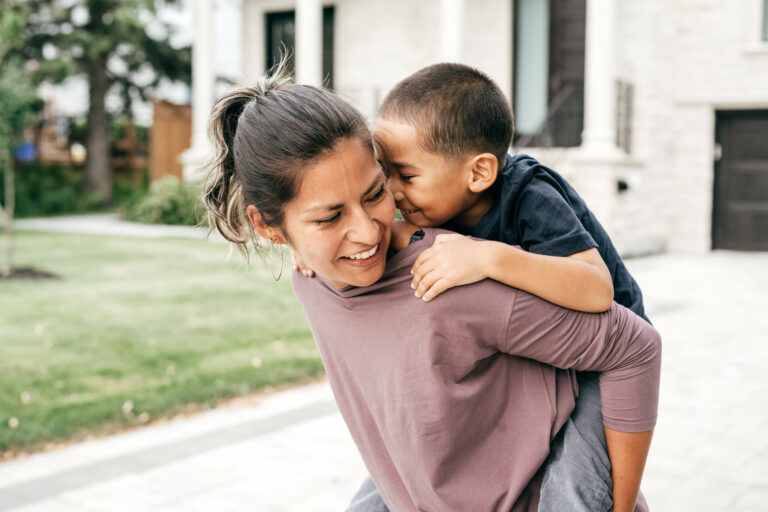 Proving your child’s father is unfit can be a tricky undertaking. The short answer to what is necessary to prove unfitness is documentation able to be reviewed by a court. Without evidence of parental unfitness, you may have difficulty proving to a judge that your child’s father should be stripped of certain rights as a parent.

You may rightfully be concerned with your child’s safety when your child is under the care of the child’s father. In a perfect world, the best scenario for a child would be for that child to have a good relationship with both parents. However, we do not live in a perfect world, and when a child is unsafe, you must act. Your child’s protection is the most important element of any custody matter.

With Unbundled Legal Help, we can match you with a qualified family law and child custody attorney who can provide you with affordable legal representation and guidance. At Unbundled, we have an a la carte approach to legal representation that allows you, the prospective client, to choose what you need help with and what you do not need help with.

With child custody matters and proving a parent is unfit, you may need an attorney to help you interpret the law and have a good understanding of what a judge is looking for as evidence of parental unfitness. We can put you in touch with an unbundled family lawyer in your area today.

What Does it Mean to Be an Unfit Parent?

The definition of parental unfitness will vary from state to state, as all state laws vary. However, the general principles apply across all states. Examples of what makes a parent unfit include, but are not limited to‌:

To prove the father of your child is unfit, you must establish the father has committed repeated acts of unfitness. One instance of being drunk in front of your child or failing to take your child to school may not ‌sway a judge.

Ensure Your Child is Safe

The first thing any parent should do when there are concerns about a child’s safety is to remove the child from the unsafe environment. If your child is currently in your custody, you can take steps to prevent your child’s father from coming into contact with you or your child. Doing so will require a restraining order, which is often granted temporarily pending further review by a judge.

If your child is in the custody of the child’s father and you cannot make contact with your child, going to the police may be the next step. Your child’s age will be a significant factor as a younger child requires more care, and if your child is not receiving proper care (such as repeatedly failing to change a child’s diaper for more than one day), contacting law enforcement and seeking a restraining order are steps to consider.

The Importance of Documentation

Parental unfitness will be unique to each family’s situation. A well-meaning father may suffer from mental health issues that require treatment before the father can assume a custodial role. Such a situation differs greatly from one involving allegations of abuse. The same is true for a father who does not abuse your child but neglects to routinely bathe your child or feed your child nutritious food.

Regardless of why you believe your child’s father is unfit, the process for proving parental unfitness will require documentation, which will need to be presented when filing a police report, seeking a restraining order, and asking a court to restrict the father’s parental rights. Without documentation, you will have a tough case as allegations alone are not sufficient.

Always Remember the Importance of Your Child’s Best Interests

While state laws differ as to custody and other family law matters, all laws support the notion that a child’s best interests are the most important aspect of any child custody matter. If a child lives in an environment that does not support their best interests in terms of physical and mental health, a court will intervene to ensure the child’s best interests are preserved. However, a court cannot take action without you filing a petition with the court in the county in which you and your child live.

Courts often provide forms that are specific from county to county, and many parents can successfully complete the forms with minimal guidance as they often provide instructions. Consulting with an unbundled attorney can provide an added measure that you are taking the proper steps that are to further your child’s best interests. An attorney may not be necessary aside from minimal guidance, court appearances, and motions that involve an interpretation and application of the law.

How is Unbundled Different?

If you believe your child’s father is an unfit parent, you have legal options. At Unbundled Legal Help, legal services may cost you as little as $500 to $1,000. By picking ‌what you need help with, such as an interpretation of the law or a court appearance, you can limit the cost of legal representation that is often associated with a custody or family law matter.

Many attorneys require clients to pay a retainer that can reach a few thousand dollars. Rather than be bound by legal representation that will cost you thousands, if not tens of thousands of dollars, consider Unbundled Legal Help as an option to receive only the legal services that you need and nothing more.

Can a Father Take Full Custody of His Child?

Can a Child Decide Custody?