Is a DUI a Felony? 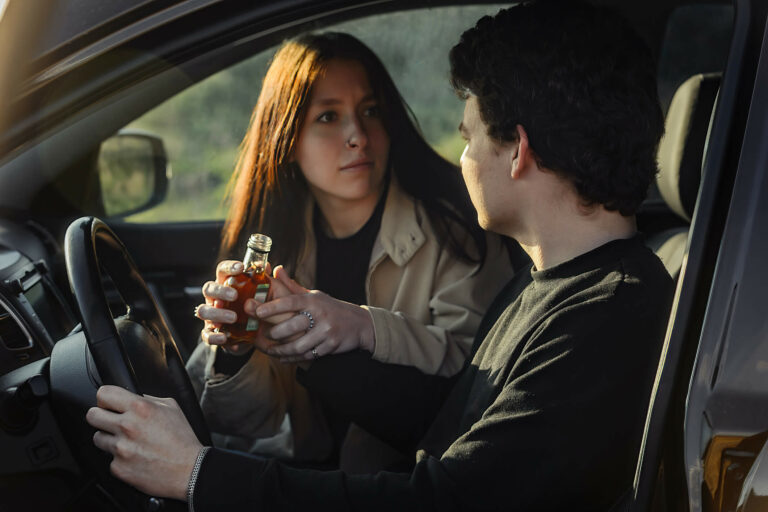 Most states treat a first DUI (driving under the influence) offense as a misdemeanor, not a felony. But sometimes the courts can elevate it to a felony. Here are some ‌factors the court will consider.

We can connect you with an unbundled legal services attorney specializing in DUI in your area.

How Can a DUI Become a Felony?

In most cases, if they arrest you for a DUI and this is your first offense, they will treat it as a misdemeanor. However, this depends on the circumstances involved in your DUI. For example, if a death or serious injury results from your DUI, you will face felony charges. They may also charge you with a felony if you were driving under the influence while transporting children.

Prior DUI convictions can also elevate a DUI to a felony. In some states, but not all, first and second DUI offenses are misdemeanors, but a third or subsequent conviction is a felony.

Some states treat a DUI as a felony if you have a ‌high blood alcohol content.

Difference between a Misdemeanor and Felony DUI

The key difference between a felony DUI and a misdemeanor DUI is the penalty you will receive if convicted.

A misdemeanor DUI usually earns a maximum of one year in jail and up to $1,000 in fines.

A felony DUI earns a year or more in jail and a substantially heavier fine. You will often face a longer license suspension period as well.

A felony conviction comes with subsequent consequences of its own, such as losing voting rights.

The specific laws that define situations in which a DUI becomes a felony vary from one state to another. Here are some common factors that may elevate a DUI from a misdemeanor to a felony.

You have prior DUI convictions

If you already have a DUI conviction, this may elevate your new DUI to a felony. States have different rules ‌on how many prior convictions and during what period will turn your DUI from a misdemeanor into a felony.

In some states, your DUI may become a felony if you’ve had a prior DUI within a five-year period. In other states, this may be a ten-year period. Then again, in some jurisdictions, there is no time limit in place and your DUI will be a felony if you have a prior conviction—no matter how long ago that was.

In most states, if your DUI caused injuries or death, you will face felony charges. It doesn’t matter whether the person or people hurt because of a DUI were your passengers or were in a different car or were pedestrians.

However, if the accident was not your fault, even if you were driving under the influence, it is less likely your DUI will be seen as a felony.

You’ve put a child in danger because of your DUI

If you were driving under the influence with a child in your car, in most states, you will receive a harsher punishment, even if the passenger was your own child.

You’ve broken other laws during your DUI

You have a ‌high concentration of alcohol in your blood

The standard level for impairment is a blood alcohol level of .08% in most states. In some states, an alcohol level that is higher than .08% will cause a stricter punishment for your DUI.

In many states, refusing a breathalyzer test will cause harsher penalties. In some jurisdictions, a refusal to take a breath test will cause immediate revocation. In others, it may lead to jail time.

In most states, if you’ve caused property damage while driving under the influence, your punishment will ‌be harsher. Tougher consequences will follow if you don’t have valid auto insurance.

What Are the Consequences of a DUI?

As you can see, the consequences you may face after a DUI depend on several factors: from the circumstances under which it occurred to the jurisdiction where you have been charged.

Here are some of the most common consequences of being charged with a DUI:

In some states, you may have to go through an alcohol evaluation and, depending on the results, go to an alcohol treatment program.

Do I Need a Lawyer if I Am Charged with a DUI?

If you receive a felony DUI, your best option will be to consult a lawyer. A lawyer will guide you through all the specifics of local legislation and advise you how to reduce your potential sentence and lessen the charges.

With that, keep in mind that in some states, DUI-related legislation is “set in stone,” and you won’t be able to change your penalty.

How much do the services of a DUI lawyer cost? Usually, a lawyer will charge you a set fee for a full set of services to assist you in your DUI case. Depending on the specifics of your case, this can range from $2,000 to $8,000. Plus, you will need to be prepared for your attorney to charge you extra for any additional work: per hour rates vary from $300 to $500.

How To Save Money on Legal Fees in a DUI Case?

DUI legal fees can create a sizable hole in your budget, but there is no way to avoid legal expenses if you need to deal with a DUI charge. But you can bring them down.

Paying a flat fee for a full set of legal services is expensive because your lawyer will need to handle many different tasks. If you are on a limited budget and your DUI case is relatively simple, you may use unbundled legal services. This gives you the option to hire a lawyer to perform a specific task—for instance, attend a court hearing with you. If you only need limited service, you will ‌save a lot of money in legal fees.

We can connect you today with an unbundled legal services DUI attorney in your area for a consultation on your case.

Can I Avoid Jail Time on a First DUI?

Can I Lose My Job for Drunk Driving?

Do Drug Charges Ever Get Dropped?