What Can Be Used against You in a Custody Battle? 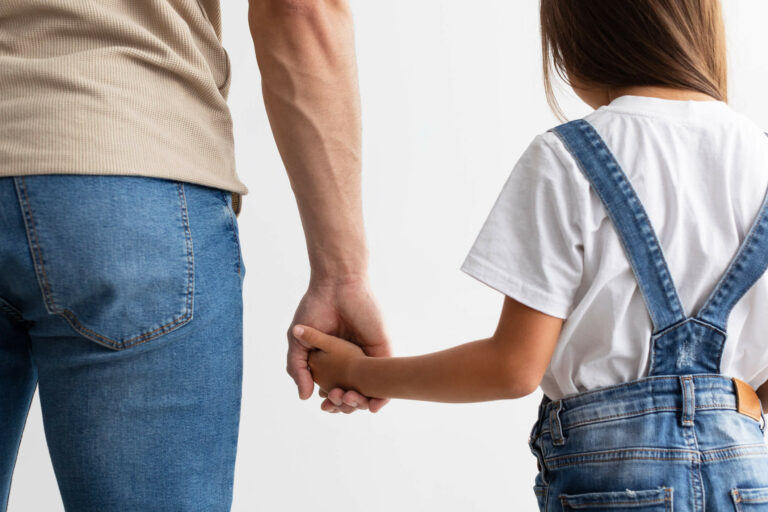 Custody battles are stressful, emotional, and exhausting. It is understandable that many parents become frustrated and may not always be on their best behavior. However, a parent should always approach a custody battle through the eyes of the judge overseeing the matter. Earning the judge's trust and respect is critical to resolve a custody battle fairly.

Resolving a family law matter does not always require the help of an attorney. However, child custody battles may involve complicated legal matters too difficult to handle alone. Although legal fees can be costly, you have options to minimize the expense associated with the legal representation concerning a child custody dispute.

At Unbundled Legal Help, we provide clients like you with an a la carte approach to legal services and legal representation. Not every custody battle will require countless hours of an attorney's time. You may ‌handle most of the paperwork and court filings associated with a custody matter, but you may need an attorney for potential mediation between parents and a potential court appearance.

Unbundled Legal Help provides you with multiple options. We can connect you today with an unbundled family lawyer in your area.

The information below provides general guidelines concerning different ‌actions that may be used against you in a custody battle. All situations are different. However, avoiding certain behavior can help you when a judge decides where your child will live most of the time, and therefore, which parent will get to see your child most of the time.

Arguing in Front of Your Child

Even if you believe the argument wasn’t serious, anything you do can be manipulated to influence the judge into thinking you are irresponsible, have anger management issues, or frequently argue in front of your child.

One argument may not be such a big deal, but people can assume or infer things that may not be true. Unfortunately, this happens every day to parents. Even one social media post that depicts a parent as unfit may be used in a custody proceeding. Avoid behavior a judge may look down upon when determining which parent should have full custody of your child.

Fighting for custody can be difficult if you are behind on child support payments. A judge will use it against you if you have fallen behind on these payments. Therefore, speak with an attorney to determine what steps you should consider to get caught up on child support payments and show the court that you are financially responsible and able to care for your child.

Focusing on a New Partner Rather Than Your Child

Parents who have divorced or separated, or parents who may never have been married, will likely meet other people as they move on. However, focusing on a personal relationship with a new partner during a custody battle may be used against you by a judge and the other parent. It is acceptable to date other people, but when seeking to get custody rights, focusing on your child's best interests is the goal rather than developing a personal relationship with a new partner.

Exposing Your Child to Alcohol or Drugs

Most parents will agree that no child should see excessive alcohol use or any drug use. However, once a child is older, witnessing a parent have a beer or drink at home is not a big deal (especially during holidays or sporting events). It is a big deal, however, when a parent drinks excessively or does drugs and places a child in an unsafe environment. A judge will not take kindly to a parent who frequently has parties while the child is in the home or exhibits any other behavior that might harm the child emotionally or physically.

Removing Your Child from School without Notice

Compromise is always important in custody battles. Seldom does either parent receive everything they want. A judge will decide what is in the best interest of a child. However, the parents ultimately can reach a decision that avoids furthering a battle in the courtroom.

A judge wants parents to compromise, as it helps the child emotionally. And it stops the fighting over who gets custody. Of course, one parent may always be upset about the outcome of a custody battle. However, once the situation is final, it is easier for everybody to move on peacefully and adjust to a new situation.

Consider How Unbundled Legal Help Can Save You Money

If you are looking for legal guidance but do not wish to retain an attorney to handle your entire legal matter, reach out to Unbundled Legal Help today. Many clients spend as little as $500 to $1,500 for legal services with Unbundled Legal Help. When clients retain an attorney to oversee an entire custody matter, the legal fees can easily exceed tens of thousands of dollars. Many attorneys bill hourly, and it is very easy to rack up hours on a client's case.

Unbundled Legal Help can match you with an attorney in your area who will consider your objectives, and you can formulate the best plan that limits costs without compromising quality.

Most individuals can complete and submit forms to the court. If an attorney submits the forms, they may charge the required court fees and additional hourly fees that they and other staff members have accrued. An attorney who charges $200 an hour or more can easily generate a bill of $1,000 for a task that you could have completed on your own.

Searching for options does not require you to spend money. Reach out to us today to find out how Unbundled Legal Help’s lawyers can provide you with the legal services you need to pursue a custody battle. Our team will connect you with an unbundled family law attorney in your area, which will allow you to better understand what we do and how you are in the driver's seat for the legal representation you receive.

Can a Mother Stop a Father from Seeing His Child?