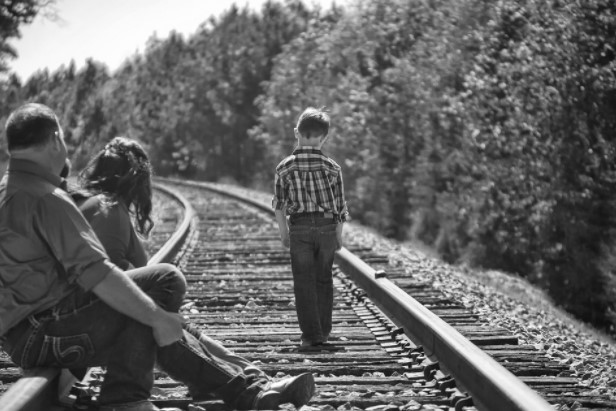 Deciding child custody can be complex, frustrating, and stressful for parents and children alike. While both parents undoubtedly have their preference of who gets custody, it’s natural to wonder what role the children play. Can a child decide custody and/or have a major influence on the judge’s decision?

While a child’s preference can carry considerable weight in child custody cases, it is typically not the deciding factor. Judges take into account many variables when determining what is in the child’s best interest and who should have custody. Learn more about a child’s role in determining custody below.

The Role of a Child’s Opinion in Custody Decisions

Every child custody case is unique. There are no concrete rules that dictate how much influence a child’s wishes should have over a judge’s decision to grant custody to one parent or another. A child’s preference will play a key role in a final decision handed down by the court, but it will not be the deciding factor.

Generally, a judge will only give consideration to a child’s desire in custody cases if it is deemed to be within their best interest. If it is not, then the child will have to live with the parent that the judge determines regardless if they want to or not.

Furthermore, a child typically cannot change a child custody order. A potential exception to this rule is if they are old enough to speak for themselves and can prove that they are in physical and/or emotional danger, then a judge may approve a change in custody.

At What Age Can A Child Choose What Parent to Live With?

Parents are generally awarded custody if the courts deem that it is in the child’s best interest. While a child’s custodial preference only plays a role, that role can become larger if the child is 14 years of age or older.

There is no law that stipulates what age a child’s opinion of custody carries more weight. However, after the age of 14, judges tend to rely more heavily on the reference of a child since they are more mature at that time and can effectively articulate why they believe it is in their best interest to live with one parent over another.

Though the age of 14 is the standard, there are plenty of examples of children much younger that have made strong witnesses in child custody cases.

Why Children Are Not Allowed to Decide Custody

Decisions about child custody are typically solely based on what is in the child’s best interest. While children have some notion of what is best for them, they are not yet mature enough to make such important decisions on their own.

If the decision of custody was left to a child, they may choose the parent that allows them to stay up late, miss school, eat unhealthy food, etc. Essentially, children are too young to make custodial decisions that will have a major impact on them as well as their parents.

What Factors a Judge Considers When Deciding Child Custody

Family court judges make child custody decisions after considering the totality of many factors. Learn more about what a judge considers before they make a ruling on a child custody case below.

Where each parent’s lives can play a vital role in the child custody process. Judges take into account things like the safety of the neighborhood, school system, the number of bedrooms available, roommates that live with the parent, etc.

If one parent offers a better living environment than another, that will have a significant effect on final custody decisions made. Additionally, if there are changes in a parent’s living situation after a final order is given that impacts the child, it could lead to a judge modifying the existing agreement if petitioned to do so by the other parent.

The Relationship the Parents Have With Their Child

The child’s best interest is not only calculated by considering finances, health, safety, child’s preference, etc., but the relationship that each parent has with their children will also play a role in a judge’s final decision.

As previously mentioned, a child’s preference (especially if over the age of 14) can play a significant role in child custody decisions, but it is not the only factor that a judge will consider in the process.

How Stable The Environment is

Stability is key for children and judges know this. The parent that offers the most stability to their child typically has the upper hand in child custody cases. Stability can come in the form of a consistent address, regular work schedule, ability to maintain a child’s extracurricular activities, emotional stability, and financial stability.

In most cases, the judge takes into account all of the aforementioned factors as well as others when making final determinations. If both parents are vying for custody, it is recommended that you consult with a seasoned child custody lawyer so they can help to effectively present why living with you is in your child’s best interest.

My Ex and I Mutually Agree on Child Custody, Do We Still Need to Go to Court?

If you, your ex, and child all agree on child custody, it may be tempting to forego the legal process altogether and reach an agreement outside of court. While coming to an agreement before a child custody hearing can be beneficial, it is not in your best interest to skip going to court.

It can have a negative impact on you as well as your child. Child custody decisions made between parents without court approval are not legally enforceable. Furthermore, if there are disputes, one parent doesn’t hold up their end of the bargain, or confusion, you will not have the ability to challenge the other parent in court.

Do I Need to Hire a Child Custody Lawyer?

You have the right to handle your child custody case on your own. However, it is not usually in your best interest. Child custody lawyers can help parents to negotiate, draft motions, investigate, present their arguments in court, and determine what’s best for their child.

Going into a child custody battle without legal representation can leave you vulnerable to unfair conditions, endanger your child’s future, and decrease your odds of a favorable ruling.

How Much Will Legal Representation Cost Me?

Hiring a family lawyer to handle your child custody case can be expensive. Most child custody lawyers charge between $3k - $5k to get started on your case and charge an additional  $300 - $500 per hour on top of that.

Needless to say, fees can quickly add up. Unfortunately, many cannot afford these rates without putting themselves in unfathomable debt or risking their own financial security. Fortunately, there are ways to save money on legal fees.

Tips to Save Money on Legal Fees

The amount of money that you pay for a child custody lawyer to represent you can have a direct impact on your ability to take care of your child and their needs. Thus, it makes sense to search for ways to save money on legal fees so your money can be put to better use like securing your child’s future. Listed below are a few tips to help you to save money on legal fees.

You are not expected to become an expert in child custody laws. However, adequately educating yourself on your state’s laws can save you from making costly mistakes in the child custody process.

For instance, if you know that a judge will not look favorably on the hours that you work, it may be best to make provision to change your schedule or hire adequate child care services. Making changes before you go to court can help to lessen the load on your child custody lawyer and potentially result in less time and effort needed to effectively present your case.

Cultivate a Good Relationship With Your Ex and Your Child

A good relationship with your ex can go a long way in saving you money on legal fees. If you are able to negotiate the terms of a child custody agreement with the other parent before it goes to court, your child custody lawyer will have to do considerably less.

In addition, if you have a good relationship with your child, you will have to worry less about their desire to live with the other parent, which could also save you time and money with regard to the legal process.

Handle Some Aspects of Your Case on Your Own

If you cannot afford full representation, but still desire to hire a child custody lawyer, you may benefit from handling some parts of your case on your own while leaving the more complex matters to an attorney. Learn more below.

How Can Unbundled Legal Help Save Me Money?

Many parents face the dilemma of needing a child custody lawyer, but not being able to afford one. Fortunately, those that cannot afford a traditional lawyer to fully represent them, may be good candidates for unbundled legal services.

When you hire an unbundled attorney, they will take care of the more complicated legal matters such as reviewing parental agreements, representing you in court, deciphering the law and how it applies to your case, etc. In exchange, you can handle other facets of your case such as filing paperwork, serving documents, negotiating with your ex, etc.

Fees for unbundled attorneys start at $500 - $1500. It is important to note that unbundled legal services are not a good fit for every case. If you need full-representation, our network of small law firms and independent family lawyers offers rates that are typically more affordable than the average child custody lawyer.

Before you spend thousands of dollars in upfront fees, contact us today to learn if an unbundled attorney can help you.