How is Child Custody Determined? 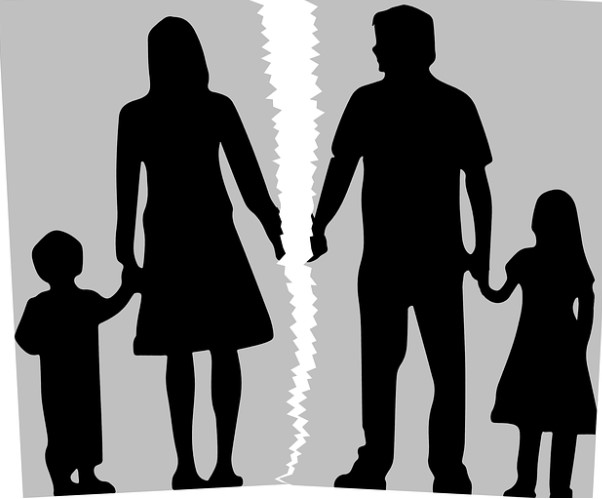 Child custody cases can be expensive, drawn-out, and tiring. When going through this type of case, most people ask “How is child custody determined?”  This question can be complicated to answer and will depend on a number of factors.

In general, child custody is decided by what’s in the best interest of the child. Judges use factors such as safety, stability, relationship with the child, child’s preference, future needs of the child, the parent’s wishes, and work obligations to make a  decision regarding child custody.

Learn more about how child custody is determined below.

There is no uniform formula used to determine child custody cases across the board. Judges typically rely on a few factors that help to determine what is in the child’s best interest such as:

Who Determines What’s In My Child’s Best Interest?

A judge will often rely on evidence presented, third-party testimony, recommendations of social workers, and many other sources of information regarding the child’s best interest. In cases where both parents are seeking full custody or there are many disagreements, it is recommended that you hire an experienced child custody lawyer to handle your case.

How Child Custody is Determined if Divorcing or Separating

Child custody battles that stem from parents that have decided to divorce or separate, the courts will consider the factors mentioned above such as, the finances of each parent, residence, and moral character when making a decision.

Since child custody is only one part of a divorce, it may take longer to conclude the case. If the parents are unable to reach an agreement outside of court, then the judge may issue a temporary child custody order until a final decision of custody has been reached. It is important to note that the final decision can be appealed or modified, but most temporary orders cannot be.

How Child Custody is Determined If Unmarried

It is important to note that each state handles child custody between unmarried couples differently. However, there are similarities across the board. In general, if paternity has been legally established, then the case will be handled much like custody cases involving parents that were married.

If paternity has not been legally established, the mother will retain sole custody of the child (in most cases). In fact, the court does not recognize the paternity of an unwed father if their name is not on the birth certificate, a voluntary acknowledgment of paternity form hasn’t been produced, or a paternity test hasn’t proven that they are the father.

Fathers that wish to seek custody and/or visitation rights must legally establish paternity. Afterward, the judge will use common factors when making final decisions on child custody.

What is the Difference Between Physical and Legal Custody?

Child custody cases require knowledge of many legal terms. Parents are sometimes not sure what the difference between physical and legal custody is, and why it matters.

Each case will be different. Deciding what type of custody to seek may require the help of an experienced child custody lawyer. The decision will have a major impact on you as well as your child, so it should be given the appropriate consideration.

Other Types of Custody

In addition to physical and legal custody, there are other categories of custody such as joint custody, sole custody, split custody, and third-party custody. Learn more about each below.

Parents with sole custody of their children have both legal and physical custody. In some cases, the other parent is granted visitation rights. However, they will not have any authority to make legal decisions that affect the child or any custodial rights.

Children of parents that have been granted joint physical custody split their time living with both parents. When they move, how often, etc. are typically determined in a parenting plan approved by the judge.

Joint legal custody means that both parents have a say in major decisions that impact the child’s life. If disputes arise, the matter can be decided by the courts.

Split custody refers to when a court decides to split custody of multiple children between the parents. For example, “sibling A” lives with one parent and “sibling B” lives with the other. These types of decisions are typically frowned upon but are sometimes necessary.

Sometimes referred to as third-party custody, non-parental custody provides a way for those that are not biological parents (i.e. grandparents, uncles, aunts, siblings, etc.) to the child to gain custody of them. In most cases, it involves situations in which both parents are not fit or able to take care of their child’s needs, and the person seeking non-parental custody already has a longstanding relationship with the child.

If the parents agree to give custody to a third party, then they may seek to go the route of guardianship instead of non-parental custody.

What if the Original Child Custody Agreement Doesn’t Work, Can I Change It?

In most cases, yes, you can modify an existing child custody agreement if necessary. However, most judges will want to wait for one to two years before making modifications. Furthermore, temporary child custody orders can not be changed, you will have to wait until a final order of custody has been made.

Judges typically require that the parent petitioning for a modification show that there has been a significant change in circumstance and the requested changes are in the child’s best interest before they agree to any modifications.

If you are not happy with the original child custody decision made by the court, you have the option to appeal it. Child custody appeals must be based on legal errors made by the family court overseeing your case. Furthermore, they can be expensive and drawn-out. For this reason, most parents opt to modify instead of appeal.

I Don’t Want to go to Court, Should I Skip The Legal Process?

If you and your ex have a good relationship and agree on most issues of child custody, it can be tempting to forego the legal process altogether. However, skipping the legal process can cause major problems further down the road. If your child custody agreement is not approved by the court, it is not legally enforceable.

Additionally, if one parent is not holding up their end of the bargain, you have a disagreement, or circumstances change, you will not have the benefit of a judge deciding on the matter. There are ways to save money, time, and stress, but skipping the legal process is not recommended.

Do I Have to Hire A Child Custody Lawyer?

No, you do not have to seek help from a child custody lawyer. However, deciding to go into a custody battle without legal representation can leave you vulnerable to an unfavorable decision. Child custody lawyers help to draft motions, investigate, present evidence, represent you in court, negotiate, hire expert witnesses (if needed), etc.

Furthermore, they can offer advice regarding the long-term ramifications of your parental agreement and whether or not they are in the best interest of your child. It is recommended that you hire a lawyer even if your ex tells you that they will not retain legal help.

How Much Will it Cost to Hire an Attorney?

Attorneys are not cheap. In general, you can expect a child custody lawyer to charge $3k - $5k for their services. They will also charge an additional $300 - $500 per hour. They charge so much because of what is often required of them during child custody cases.

The more complex your case is, the more time they will have to spend on it, and the more your bill will be. Fortunately, there are ways to save money on legal fees.

Most people cannot afford to hire a family lawyer. For those that do not wish to pay maximum fees for legal help, there are a few ways to save money. Listed below are a few tips to help you to reduce your legal fees.

Develop a working Relationship With the Other Parent

Many child custody cases are more complex and drawn-out because the parents do not have a good relationship. The more disagreements and arguments during negotiations, the more you will likely have to spend on legal fees.

You do not have to like each other to amicably work out a child custody agreement that works for both parents and is in the child’s best interest. If you are able to maintain a working relationship with the other parent, you may be able to reach a deal and only have to go to court for the judge’s approval.

Remember, a child custody battle is not about disagreements and resentments between the parents. Ultimately, it is about the child’s best interest. If you and your ex are able to focus on that, then it could lessen the workload on your lawyer and facilitate a much quicker child custody case process.

Take Care of Some Things on Your Own

If you can handle some legal tasks on your own such as filing paperwork, serving the other parent documents, drafting a child custody agreement with the other parent, etc. then you may not need a full-service lawyer.

In this case, unbundled legal services may be an option that can save you thousands of dollars in legal fees. Learn more below

How Much Can I Save With Unbundled Legal Services?

With unbundled legal help, you can hire a child custody lawyer to help you with the parts of your case that you need assistance with, and take care of the other parts on your own. Essentially, if your child custody case is a good fit for unbundled legal services, you will not have to pay thousands of dollars upfront for an attorney.

Unbundled attorney fees start as low as $500 - $1500. It should be noted that unbundled legal services are not a good fit for every case. However, our network of small law firms and independent lawyers are better equipped to offer full-service legal help at a fraction of the cost of traditional law firms.

Contact us today to get connected to an unbundled family attorney.